Business leader brings strong leadership, a collaborative style and a passion for renewable energy education to his new role

Denver, CO, November 12, 2013 — Ecotech Institute, the first and only school in the U.S. solely focused on renewable energy and sustainability, announced the appointment of David Needham as its new president, effective November 4, 2013. Needham will be responsible for implementing the vision and strategic direction of the school; ensuring student, graduate and employer satisfaction; and making sure all staff at Ecotech Institute meet the high expectations of Ecotech Institute students and its parent company, Education Corporation of America. 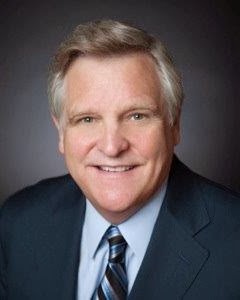 Needham joins Ecotech Institute from Somersetstreet, LLC, a company he founded in 2008. At Somersetstreet, Needham provided investment, consultation and leadership to start-up companies, including company formation, CEO guidance, fundraising and business development planning. Previous to founding Somersetstreet, he worked at NextWave Wireless as the company’s chief divisional officer for the Network Solutions Group. In that role he built a $10 million Innovation Center to test and demonstrate NextWave global solutions.

“David brings proven leadership skills, exceptional business results, a collaborative management style and a passion for education and Ecotech’s mission,” said Tom Moore, chief executive officer of Education Corporation of America. “David will be responsible for continuing the growth of the college by producing outstanding graduates to meet employers’ demands for qualified team members in the fields of renewable energy and energy efficiency.”

To learn more about Ecotech Institute and their offerings in renewable energy education, visit www.ecotechinstitute.com. 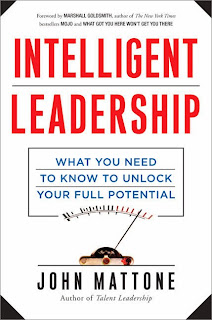 The JMP-KCI alliance will provide JMP and their President, John Mattone, recognized as one of the world’s most respected leadership authors, speakers and C-level executive coaches, with the opportunity to solidify his international brand from Washington, D.C., by leveraging KCI’s vast network of key relationships in the U.S. Embassy, federal agencies, international financial institutions, corporations, think tanks and foundations, as well as policymakers in congress and the executive branch.

“I am excited about working with Alex Kennedy and his team to expand my international speaking and C-level advisory brand by leveraging his impressive network domestically as well as in Asia, the Middle East and all over the world,” said John Mattone, President of JMP, Inc. “The collaboration between our two firms will help solidify my international presence and position as a speaking, training and coaching resource for organizations that understand their success and survival are linked to how effectively they develop stronger leaders and future leaders.”

According to KCI President Alex Kennedy, “KCI is looking forward to building on Professor Mattone’s recognized global respect as an executive leadership mentor. Just watch 2-3 of his YouTube videos and you may learn something new as a business executive. KCI is also excited to further expand JohnMattone Partners international government relations presence from Washington DC. Building on his upcoming engagements in Dubai and Turkey the aim is to bring knowledge on executive leadership succession and internal organizational talent promotion as topics of critical importance”.

KCI opens up government relations practice to small businesses like JohnMattonePartners in an effort to bring innovative, value-add services to government and corporate clients. KCI looks forward to introducing the work of Professor Mattone to our global network and stay tuned for upcoming engagements!

About Kennedy Consulting International (KCI)
KCI is a global government relations and business development consultancy based in Washington DC with an office in Philadelphia. Through our network and affiliates in Brussels, Paris, Cairo, Doha and Dubai we bring together companies and governments to execute projects of mutual benefit. KCI has a particular focus on Europe, MENA and Asia regions and companies in the information technology and innovation sectors. They are based in Rosslyn, Virginia and can be reached at akennedy@kciwashington.com

About JohnMattonePartners, Inc. (JMP) and John Mattone
John Mattone is widely regarded as one of the most influential leadership, talent management, and personal success authorities in the world. He was recently nominated for the prestigious 2013 Thinkers50 Leadership Award, which recognizes the global thinker who has contributed most significantly to our understanding of leadership over the last two years. He appears on The Thinkers50 "Guru Radar," which recognizes the fastest rising stars in the field of leadership and is currently recognized by Leadership Excellence Magazine as one of the world's top independent leadership consultants, C-suite executive coaches, and speakers. John is the author of seven books, including the best-selling, "Talent Leadership: A Proven Method for Identifying and Developing High-Potential Employees" (October, 2012) and "Leadership Intelligence: What You Need to Know to Unlock Your Full Potential" (March, 2013-Foreword by Marshall Goldsmith). He lives in Orlando a nd can be reached via Email at johnmattonepartners@gmail.com. Website: www.johnmattonepartners.com