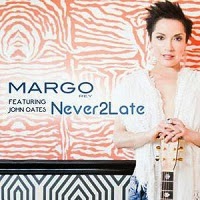 “Never2Late” is an easy listening yet upbeat pop song that displays Margo’s signature melodic flair and vocals. Following her last releases, “Colours” and “Tempted,” Margo is not stopping anytime soon to write inspiring songs for her fans and collaborate with talented musicians such as John Oates on this latest release.

“Never 2 Late is also the first song that I wrote the music and lyrics with John Oates simultaneously. It was a joyful experience and I'm blessed to call him my friend and songwriting partner.  John also honors this recording with his gorgeous Hall and Oates harmonies,” Margo states.

“It’s a message that kindness makes everything better because it is human nature to desire kindness and the need to be understood.”

This brand new single is the second collaboration with Oates, the first with top 20 Billboard charting “Let The Rain,” which became the theme song for non-profit organization Brides Against Breast Cancer.

Margo’s alternative pop songs have captured a worldwide audience with her unforgettable melodies, groove oriented arrangements and enduring, socially conscious lyrics that always blend a variety of organic sounds with every bit of emotion. The Indie Music Digest says, “Her musical/vocal style is cut from the cloth of Celine Dion, Bonnie Raitt and Shania Twain.”

Los Angeles, CA, April 25, 2015 – New York based singer-songwriter Carl Thornton follows his debut song hit “Get Up!” with another dance track that is both romantic and relatable. 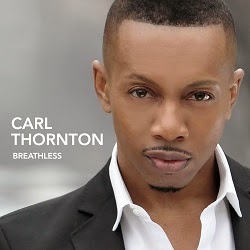 With an irresistible beat and lyrics, “Breathless” showcases Thornton’s versatile talent from his ability to release a completely different song that is heartfelt and somewhat provocative.

After performing professionally for ten years, Thornton has big plans to continue to live his dream of becoming a force in the dance music scene with his debut EP out this summer, the perfect soundtrack to be added to your poolside playlists.

“I wanted to show romance, tender moments and an intense connection between two people.  My inspiration for the EP comes from my own personal experiences in love and relationships,” Carl states.

“The feeling you get when you meet someone and there is this undeniable instant connection, time seems to stop and it's as if being in that person's presence takes your breath away.”

Carl has been performing professionally for ten years. His talents have taken him to Austria, Germany, France, Italy, Spain, Holland, Istanbul, Dubai, and Portugal. In 2012 he was contracted to tour and sing in China where he performed in Shanghai, Gangzhou, Fuzhou, and Hong Kong at the Starlight Dance Clubs.

“Breathless” is now available on iTunes. Along with debut single “Get Up!” and “Breathless,” Thornton’s forthcoming EP will also include “I Remember,” and “Keep Dancing.”