LAKE OSWEGO, OR, December 04, 2015 — Every day, thousands of childhood bedtime stories are lost as another generation of storytellers (and their families) do not take the time to capture them. In an effort to save these cherished bedtime tales, Holiday Retirement, a manager of senior living communities nationwide, initiated a "story drive” earlier this year to begin collecting stories. Today, Holiday Retirement published a select few of the collected stories in a new children’s book, Bedtime Stories: Original Tales Shared from One Generation to the Next. 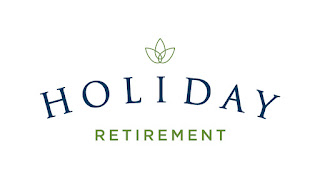 “We all have extraordinary memories of our parents and grandparents tucking us into bed with heartwarming stories and lessons that inspired us to dream,” said Jamison Gosselin, vice president of marketing, communications, and resident

enrichment for Holiday Retirement. “It is an honor for us to collect bedtime stories from residents we serve and publish a few to share with the public. What’s more, a few of our residents created artwork to accompany the stories allowing us to produce an amazing book for the generations to share.”

The act of storytelling is one that builds connections, boosts creativity, and offers a venue for children to learn from their loved ones. And with a resource found at the back of Bedtime Stories: Original Tales Shared from One Generation to the Next, parents will have a tool to help their children connect with storytellers from different generations and write their own bedtime story as a way of preserving a family’s legacy.

“Relationships among the generations are so important as we pass along experiences, stories, and wisdom from one to the next,” said Gosselin. “Bedtimes stories are just one of many ways Holiday Retirement encourages intergenerational learning.”

This compilation of stories and poems, primarily written and illustrated by Holiday Retirement residents ranging in age from 66 to 93, will take readers through the Milky Way Galaxy, on a zoo adventure, and for a ride on Mortimer Bean’s crazy machine.

Purchase a copy of Bedtime Stories: Original Tales Shared from One Generation to the Next for $7.99 at sharebedtimestories.com; all proceeds benefit the National Center for Families Learning, a forward-thinking non-profit organization that addresses literacy by engaging all family members in learning, individually and as a group.

Holiday Retirement will continue to collect anecdotes, original tales, and fables handed down from generation to generation. Interested individuals are invited to send their beloved stories to sharebedtimestories@gmail.com. A select number of stories will be published on Better When Shared, Holiday Retirement’s blog.

Editor’s note: Story authors and illustrators are available for interviews to elaborate on what sharing their treasured stories means to them.

http://www.csg-pr.com
Posted by Straight Line Public Relations at 11:34 PM No comments: Links to this post

“Comic strips might be the real literature of our time.” – John Steinbeck.

“The Salinas Public Library is very excited about collaborating with the National Steinbeck Center for the 2nd Annual Salinas Valley Comic Con,” said Librarian Kristen Amaral. “We want to promote literacy by focusing on graphic novels from around the world and considering how graphic novels engage and inspire young and mature readers alike.”

On Friday, December 18 at 4:00 PM, the National Steinbeck Center will host a reception for museum members and VIP ticket holders where they will mingle with artists and special guests and get a sneak peek at the Batman art show. The evening will also include a panel discussion about the impact of graphic novels and literacy.

Salinas Valley Comic Con booths will open to ticket holders at the National Steinbeck Center at 10:00 AM on Saturday, December 19 and close at 5:00 PM on Sunday, December 20.

The John Steinbeck Library will host free family activities and a graphic novel display on Saturday, December 19. The Library will also host a game online where participants can win special prizes by using their library cards. Participants can join in the fun by visiting The Library’s website (www.salinaspubliclibrary.org) for full details.

At the Fox Theater on Saturday and Sunday, panel discussions will focus on a variety of topics, including Animation Rules!,

I Want To Make A Comic Book, Body Image and Diversity in Comics. The Star Wars-centric panels So, You Wanna Be A Stormtrooper (moderated by members of the 501st Legion) and Star Wars: The Fans Awaken are sure to bring out fans of the new movie opening the same weekend.

Tickets for Salinas Valley Comic Con 2015 are on sale now at the National Steinbeck Center’s Eventbrite ticket page nationalsteinbeckcenter.eventbrite.com. Tickets are free for children under 8 (accompanied by a paid adult), $5 for children 8-12, and $25 for a full weekend pass.

Special guest and panel lineup is subject to change.

About the National Steinbeck Center
The National Steinbeck Center is located at One Main Street in Salinas, California, the birthplace of John Steinbeck. The NSC is an institution dedicated to serving regional, national and international audiences by enhancing awareness of Steinbeck’s works and ideas: social justice, the environment, ethnic and racial diversity, and the power of the written word. Drawing on Steinbeck’s model, the NSC encourages collaborative ventures with other media – photography, drama, fine arts and film – as well as other disciplines. The Center offers multiple visitor experiences: the John Steinbeck Exhibition Hall as well as a variety of education and public programs. For more information about this and other events, visit our website at www.steinbeck.org.