Pixel Planets is now available on the App Store

GameDigits, the makers of chart-topping, mobile game Auction Wars: Storage King have released a retro-style multiplayer, world-builder game to push boundaries and rival such titles as Clash of Clans, Game of War and Boom Beach.

Follow two intrepid explorers as they colonise planets, construct their defenses and build alien armies to attack other worlds. Discover alien relics, solve the puzzles within and unlock their powers.

Pixel Planets is FREE on the App Store:
http://apple.co/1IxDlTO

Pixel Planets pushes the boundaries of the world-builder genre and introduces a number of unique features. GameDigits Ltd. have certainly done their homework, creating one of the most playable world-builders on mobile to date.

- Progress through many different planets.
- Solve puzzles to unlock further building and technology advancements using alien relics.
- Build powerful diverse alien armies to attack other planets.
- Players can choose which friends to attack.
- Players control their army during attacks and use this to their advantage.

Ian Lindsey, Managing Director of GameDigits Ltd. commented “I’m a big fan of world-builder games on mobile and after the success of Auction Wars : Storage King, we had the resources to push this genre further. Using retro-pixelated theming, we were able to create a fun and characterful look for the game, introducing some new, cool and interesting ideas into the mix.”

Meet Bill and Bob, Pixel Planet's comical space explorers, who've been travelling through space for what seems like an eternity and more than a little tired of each other's company. To make matters worse, Bill is unfortunately starting to lose his mind. Journey with them to see how their story unfolds, realising just how much their friendship matters when they’re stranded in space.

Pixel Planets is available for free on the App Store.

If players download and play Pixel Planets now, they will receive a cash bonus of $10,000 for Auction Wars: Storage King.

Pricing and Availability:
Pixel Planets is free and available worldwide through the App Store in the Games category. If you're interested in learning more about Pixel Planets, please don't hesitate to get in touch.

Hyatt Regency Monterey Hotel and Spa Celebrates Dad, Youth Sports and all that Summer has to Offer Sweepstakes 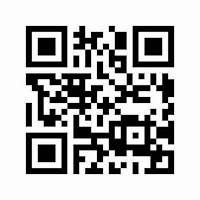 Save the date for:
• Father’s Day, Sunday, June 21st. Bring dad to Knuckles Sports Bar for our Burger and Beer special

o Enter to win. Ode to Dad! Tell us why your dad deserves to win a $50 gift certificate to Knuckles Sports Bar in honor of Father’s Day. Post a picture and a little story about your dad on our Facebook page. Winner will be selected at random on June 15th.

• Summer sports! During summer any child under 12 that comes to Knuckles with their parents wearing a team jersey or uniform receives a free children’s scoop of ice cream. (with purchase of an entrée)

• All Summer Long $4.00 Happy Hour Drink Specials on the patio!

• Win a Two-Night Stay with “Best of Summer” Sweepstakes! Enter Hyatt Regency Monterey Hotel and Spa “Summer at Its Best” sweepstakes, for a chance to win a vacation for four to the Hyatt Regency Monterey and Spa for 2 nights and other prizes. Guests can enter by scanning the QR code found here or by texting WIN to 831-667-5040. Blackout dates are June 13-22, July 12 -20, July 24 & 25, August 13-17 and September 18-21. Subject to availability.