Kreative House Productions Presents the Official Introduction to the Mixtape with the Release of "Off That" Rexix!

Atlanta, GA, April 18, 2014 - With Music being at Full force with the beginning of Spring and everyone wanting to Dominate the Summer, Kreative House Music has hit the Industry by Storm. Debuting with the Introduction to the Kreative House Presents project via the “Off That” Remix; Kreative House has Proven that Hard Work Pays Off. 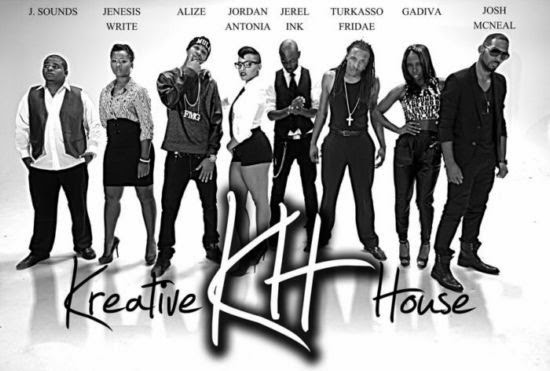 Kreative House takes you back to the 90s when Bad Boy dominated the Industry and Music was at its Peak. Blending the RnB Sounds of Jordan Antonia and Jenises Write with the Street Talk of Alize’, Young Prince, JSound, Cliff Icon, Jerel Ink and the Lyrical Animation of Michael Gadiva coupled with a Group Set video of Black and White View; Kreative House is showing that They are Here to Stay . This video alone is Sure to be a Staple piece for Indie Music.

As we prepare for the release of the Full Kreative House Presents Project, take the time to tickle your curiosity with the Video to “Off That” the Remix. I Promise it will make you want to know just what Kreative House is coming with Next!!!!!!