LJM Developments CEO, Liaquat Mian, bullish on US and Canadian markets for 2014/15

Burlington, ON, December 30, 2013 - LJM Developments CEO, Liaquat Mian, puts the DOW Jones Industrial Average at 20,000 by the end of 2015 and foresees positive performance by blue chip stocks through 2014. 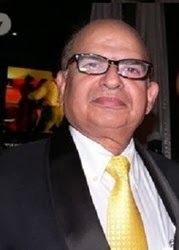 “I am bullish on North American stock markets as there is currently a lot of liquidity and room for blue-chip share price growth” says Mian. He argues that the stock market comeback in the US is just beginning with sizeable movements projected in most blue-chip stocks as their P/E ratios are still quite cheap, prompting many private and institutional investors to make strategic moves back into certain industries. In particular, industries projected to benefit from this movement, will be Technology, Oil and Gas, Banks and Financial services.

Mian believes there will be further growth in global markets in the next 24 months as the European Union and other western nations follow suit with stimulus spending. It is widely believed that America’s early movement to provide stimulus spending and interest rate slashing during the economic meltdown of 2008-09 led to the US economy’s modestly paced recovery, while other major financial centers in Europe and abroad still lag behind. Yet as the rest of the western nations further implement similar packages, there is room for growth in those markets.

On the real-estate sector, Mr. Mian touts “Canadian real estate prices will stabilize and post modest gains over the next 24 months. The US real estate market will have steady growth in the next 4 to 5 years”. Bank of Canada maintains interest rates at 1% and these low rates are projected to remain steady for the next 3 to 4 years. According to Mian, the Canadian real estate market is considerably cheaper than other major Western nations such as the US, Australia, Germany, England and France.

“Consider the price differences between a flat in London and a condo in Toronto and the saving and purchasing power is evident” he argues. Mian believes the real-estate market in Canada will remain strong over the next 2 years with the GTA, Calgary, Edmonton, and Montréal all in growth patterns.

Other major real estate markets have seen some easing from the low dollar days and signs of growth are starting to emerge. This is especially true in the US where certain high-profile markets in major urban centers such as New York and Miami are starting to see growth. United Kingdom’s real-estate market is also growing although at a slower pace than the US. The EU in general was much slower to act on stimulus spending but should be completely out of recession within 12 to 18 months, predicts Mian.

Mian also emphasized that “part of the comeback of the US economy has been through the government’s determination in a dogged Currency War that is still transpiring to this day”. According to Mian, the US has made it a mandate to keep the dollar somewhat devalued for a number of reasons, but chief among them is to keep foreign investment flowing into the US. These low interest rates combined with a lower valued US dollar has also helped fund debt payments. Without these measures, the economy of the US would face serious financial difficulties, believes Mian. The silent ‘currency war’ has caused some spin off activity in driving gold and silver down in price as well. Mian further emphasized that diplomacy with Iran will bring down the price of oil to $80-$85 a barrel within the next few months putting pressure on the resource-driven Canadian economy - though he argues these effects to be negligible. A notable offshoot of low oil prices according to Mian is that “lower oil prices provide stability in third world countries and increase the quality of living while decreasing unrest”. It is felt among many nations that the need for stabilization, regulation and legislation on pricing, on quality of life goods, such as oil and gas, wheat, rice and other staples will help control price imbalances and control Third World unrest.

About Liaquat Mian:
Mr. Mian is the CEO of LJM Developments, a real-estate development company based in Burlington, Canada. Mr. Mian is a Chartered Accountant and a member of the Fellowship of Chartered Accountants and completed Executive education at Massachusetts Institute of Technology and the University of Texas in Project Management. Mr. Mian brings 20 years of experience in financial services and real-estate investment.

Disclaimer
The opinions stated in this article are those solely of Mr. Liaquat Mian, and do not represent financial or investment advice, and may not represent L JM developments. Individuals must seek independent qualified financial advice from a licensed financial services provider before making any investments. Opinions, predictions, and forward looking statements in this article should not be used for making financial decisions or investments. Investors must be aware of the risks involved in making investments and must seek professional advice.