Travel Thru History, sets to Air all Florida Episodes throughout the State

The Daytime Emmy nominated Travel Thru History show is set to syndicate throughout the state of Florida this Summer.

“Response to the series has garnered a lot of interest among stations with several Florida markets already cleared. We're sure the Floridian audience will be thrilled to see historical destinations and attractions right in there backyard,” remarked Cassie Yde, President of TVS.

Two years ago, the show’s creators utilized kickstarter.com, an on-line funding site, to get the show up and running through donations from friends and family. It’s currently airing it’s second season on the MeTV network nationally, and secured a Daytime Emmy nomination for its first season - an unprecedented achievement for a show from such humble beginnings.

“All of our expectations have been exceeded,” says Joe Dorsey, one of the show’s creators. “We set out with only help from our friends and family and a credit card. The overwhelming positive reaction to the show, and the critical acclaim it achieved has made it all worthwhile.”

TVS plans to air the show on major networks throughout the state of Florida for the Summer. The increased exposure will help the show garner more attention from potential sponsors.

“Anytime I can help bring something unique to an audience, something with purpose that will leave a lasting impression or create impact, I'm excited to be a part of it. Travel Thru History is exactly this opportunity. It provides an equal balance of education and entertainment to the viewing audience while showcasing Florida travel destinations in a thoughtful way beyond palm trees and sand. Advertisers and sponsors have a unique opportunity to connect with their Florida customers throughout the state or in regional segments of specific destinations,” explained Jenn Greacen, Executive Director of the Clear Agency, the show’s marketing firm."

Co-creator of TTH John DeMaio explains, “I know Floridians will be excited to hear the history of their home towns. We went to so many interesting places around the state, and we’re excited to get their stories out to wider audience.”

Travel Thru History is produced by Red 5 Creative in association with The Television Syndication company, both headquartered in Orlando, FL.

If you'd like more information about Travel Thru History visit www.travelthruhistory.tv, or to schedule an interview, contact Joe Dorsey at 407-489-3037 or email Joe at joe@red5.tv.

Denver, CO, March 04, 2014 - On Tuesday, March 4, Ecotech Institute will hold a free 30-minute afternoon webinar, “Launching a Career in Engineering Technology,” that takes a look at how to have a successful career in engineering technology. The session is part of an exclusive webinar series offered by Ecotech Institute, the first and only college entirely focused on preparing America’s workforce for careers in renewable energy and sustainability. Questions the webinar will address include: 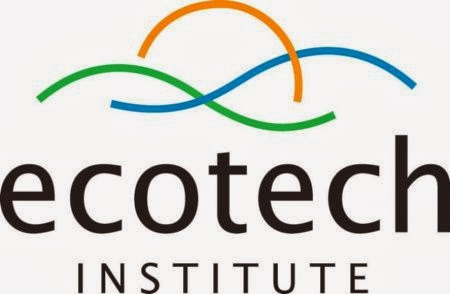 How to train for a career in engineering technology?

What engineering technology is all about and the opportunities available in this field?

How to get a job in engineering technology?

How to have a successful career in this industry?

Chris Gorrie, Ecotech Institute’s Academic Dean, will host the event. The webinar will be broken up into two parts: a 20-minute presentation, followed by a 10-minute question-and-answer session.

“Engineering technology is a growing field and this webinar will enlighten more people to the opportunities available, especially in the renewable energy industry,” said Gorrie. “The tough thing can be knowing how to even get started. This webinar will explain the training that’s needed, how to achieve success in this career and what to expect when pursuing a job.”

The official launch of The Ambulatory M&A Advisor means the introduction to the Ambulatory Care Center industry of an online information destination.

Dallas, TX, March 03, 2014 - How do you strengthen an industry? While there are undoubtedly multiple answers to this question, one key element must exist for any industry to thrive: community. For the ambulatory care market, this is where The Ambulatory M&A Advisor comes into play.

The publication, which is live at www.ambulatoryadvisor.com, is the brainchild of Blayne Rush, president and founder of Ambulatory Alliances, LLC. It is intended to establish an opportunity for communication among all those with an interest and professional position in the industry. These professionals are invited and encouraged to not only visit, but to contribute to this community.

“There are obviously other healthcare publications out there, but none that are hyper-focused on the Ambulatory M&A space that’s aim is on delivering thought leadership to the owners of urgent care centers, surgery centers, and the like,” Rush said.

The Ambulatory market consists of the following types of freestanding centers: ambulatory surgery centers, endoscopy centers, diagnostic/imaging centers, radiation oncology centers, freestanding emergency rooms and urgent care/immediate care centers. It is the owners, physicians, lawyers, and investors of and in such centers who require up-to-date news and research in order to be successful. The Ambulatory M&A Advisor provides this information.

“[Other publications] have a broad focus which I like to call an inch deep and a mile wide, or they are focused on transactions for the professional IB’ers, valuators, transaction lawyers, etc.,” Rush said. “We are creating a destination publication that is a mile deep and an inch wide, where those professionals can deliver useful content that will educate not only the professional deal makers, but also the physician owners, sellers and buyers in these niche spaces.”

All those with a stake in such outpatient facilities (lawyers, owners, physicians, etc.) now have a one-stop resource for the exchange of research, innovations, ideas and much more. Not only does the publication intend to position itself at the forefront of others like it, it will also serve as a hub for communication for those within and interested in the outpatient environment.