Robert Thornhill, author of the fifteen volume Lady Justice mystery/comedy series, has been named one of ‘50 Great Writers You Should Be Reading’, sponsored by The Authors Show, and was the overall winner in the ‘Fiction’ genre.

Independence, MO, December 14, 2013 - Mystery/comedy author, Robert Thornhill, has been named one of ‘50 Great Writers You Should Be Reading’. Thornhill was chosen from a field of hundreds of authors through a public voting process and was the overall winner in the ‘Fiction’ genre.

“It is an honor,” stated Mr. Thornhill, “to be included in this year’s ‘50 Great Writers You Should Be Reading’. I want to thank the fans of the Lady Justice series for their support.” 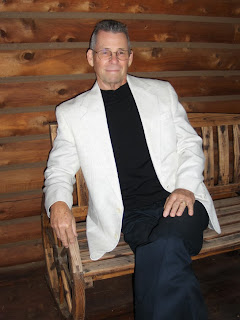 Thornhill has been dubbed ‘The Master of Hysterical Fiction’. His Lady Justice mystery/comedy series, about a 65-year-old retiree that becomes a cop, has been compared to Janet Evanovich’s highly successful Stephanie Plum series.

Lady Justice and the Vet, the latest volume in the series, debuted as #1 in Amazon’s ‘Cozy Mystery’ and ‘Humor’ categories and #8 in Amazon’s ‘Top 100’.

Lee Ashford, writing for Reader’s Favorite, writes, “Mr. Thornhill has an uncanny talent for bringing our attention to a serious problem while also entertaining and amusing us. Robert Thornhill’s house will one day be a National Monument. Okay, maybe that’s a little over the top, but he is a very good storyteller, and a very good writer. I anticipate with great relish each new release in his Lady Justice series. His writing is superlative, and his ability to inform and amuse, almost in the same sentence, makes him a consummate storyteller.”

The Lady Justice series is available on Amazon, Barnes & Noble and on his website.

Profile:
Award-winning author, Robert Thornhill, began writing at the age of sixty-six and in four short years has penned fifteen novels in the Lady Justice mystery/comedy series, the seven volume Rainbow Road series of chapter books for children, a cookbook and a mini-autobiography.

Many of Walt’s adventures in the Lady Justice series are anecdotal and based on Robert’s real life.

Although Robert holds a master’s in psychology, he has never taken a course in writing and has never learned to type. All 26 of his published books were typed with one finger and a thumb!

His wit and insight come from his varied occupations, including thirty-three years as a real estate broker. He lives with his wife, Peg, in Independence, Missouri.

Vendigram is a new startup company which is determined to resolve the issues many people encounter when selling their goods online. A service set up through Instagram, they have built a system for users to effortlessly share their items for sale.

Nashua, NH, December 14, 2013 -- Vendigram is a new startup company which is determined to resolve the issues many people encounter when selling their goods online. A service set up through Instagram, they have built a system for users and advertisers to effortlessly and seamlessly share their items for sale in the US. The website and app allow users and advertisers to take a photo of their product with their Instagram profile, where the item then instantaneously uploads itself to the Vendigram website. The item can then be shared across the platform of today's leading social media sites.

The Vendigram team noticed three key attributes which, in the past, have made selling items online an uncomfortable experience for users and vendors. Oftentimes, sellers are hassled with a time consuming and junky user interface, as well as an inability to properly market and share their product. The startup is setting out to counter each of these problems, hoping to redefine how users and businesses will be able to sell and share their products and services.

Users are able to upload their photo to Instagram and add hashtags which define the title, description, and price of their item. Once uploaded on Instagram, the item will instantaneously be listed with Vendigram. The individual photos and products are able to be shared through popular social media sites, including Facebook, Twitter, and Google+. Each product may be renewed, keeping it on the front page for as long as the user wants. Just as Instagram allows, Vendigram supports a comments section on each classified ad.

Advertisers will also be able to take advantage of the patent pending method of advertising Vendigram has invented. Companies will be able to list job postings, products, and items, just the same as consumers. Their product will be included in the stream of postings from regular users, effectively giving free reign for their services to go viral according to the support of their consumers.

The Vendigram website and app are free for users to access or download and is currently available to the US market. Future updates will allow for International support and the ability to post items with Google+.

Please feel free to visit www.vendigram.com for more information, including a video on how it works, an FAQ section, and screenshots.