South Africa based, Electro/Pop singer and flautist, C’nky Siwela has announced the digital release of his debut single “Distant Cry” for June 19, 2015 via iTunes.

Los Angeles, CA, July 02, 2015 - South Africa based, Electro/Pop singer and flautist, C’nky Siwela has announced the digital release of his debut single “Distant Cry” for June 19, 2015 via iTunes. Siwela has been garnering considerable buzz in South Africa; in 2014 he won the award for Best Afro-Pop Artist at the SACRA Awards following the release of his album, Reminiscent of the Sounds. With his new single and upcoming album, Another Side of Me on; C’nky is ready to further broaden his market into the United States. 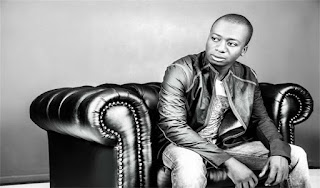 “Distant Cry” (featuring rapper/producer Louis M. Songz), displays C’nky’s versatile musical concept by blending a contemporary mix of jazz influenced flute melodies, along with his soulful vocals into a House/Pop composition. This inspiring track intends to motivate people who are suffering from any struggles during their journey to reach their ultimate goals. “Distant Cry” reminds listeners to show love and respect to one another in order for everyone to reach their greatest achievements in life. The song has already received more than 19,000 listens on SoundCloud.

“Distant Cry’ is lyrically inspirational, courageous and friendly which is combined with a nice electronic groove. I identify my music as an original style fused with a traditional South African vibe. It is meant to be fun and energetic that can make anyone lighten up,” says C’nky Siwela.

Los Angeles, CA, July 02, 2015 - Singer-songwriter Rachel London has dropped the essential summer pop anthem with “Runnin.” Distributed by Sony, produced by Mike Gonsolin and co-written by Nick Nittoli, “Runnin,” will have your pulse racing with its polished unapologetic lyricism and big beats. 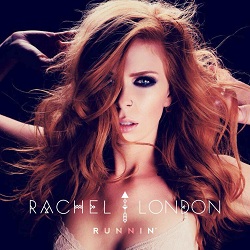 Ready to take the pop world by storm, London’s new single is a complete 180 from her previous releases. A dance-heavy, dark, and mature pop song, “Runnin” is both catchy and relatable.

With her powerful vocals, London honestly belts out the whirlwind that is new love and the trials and tribulations of relationships. Listeners are in for the emotional roller coaster ride with perfectly timed unpredictable drops and peaks of aural excellence.

"Runnin is a beautiful mix of light and darkness, like a yin and yang making it a perfect representation of Rachel," states co-writer Nick Nittoli.

London is carving out a spot for herself in the music industry and will hope to excite fans with her upcoming EP due out this fall and a brand new music video for “Runnin,” which will be out in July. Both soulful and raw lyricism coupled with contemporary pop sounds, London takes inspiration from growing up on Alanis Morissette and Madonna.