Part of the Friday night summer concert series at the Magical Bridge Playground, located at Mitchell Park, 3700 Middlefield Road in Palo Alto, Sherman and Hey Mom! will perform from 6:30 to 8 p.m.

Sherman has been a professional folk musician for 44 years and a music teacher for nine. She performs in three different folk bands and has released six recordings.

Her latest release is an 18-song children’s singalong album, “Let’s Sing!” which features such all-time favorite sing-alongs such as “The Hokey Pokey,” “She’ll Be Comin’ ’Round the Mountain,” “I’ve Been Working on the Railroad,” “How Much is That Doggie in the Window,” and “Teddy Bear’s Picnic.”

The album also has an accompanying “Let’s Sing!” songbook, which includes all of the songs on “Let’s Sing!,” as well as selected songs from Hey Mom!’s “Listen to Your Mama” and “Singing on a Star.”

“Singer and multi-instrumentalist Kathy Sherman welcomes little ears with her renditions of folk and children's songs, inviting listeners to play and sing along. These 18 tracks include fresh offerings of such traditional fare as ‘I Had a Rooster,’ ‘I've Been Working on the Railroad,’ and ‘She'll Be Comin' 'Round the Mountain,’ as well as Dale Marxon's ‘Waltzing with Bears,’ Peter Alsop's ‘I Am a Pizza,’ Tom Paxton's ‘The Marvelous Toy,’ Tom Chapin and John Forster's ‘Bedtime Round,’ and more. Sherman's happy mix of tunes is made even happier with the voices of her Good Folk Kids singers.”

In addition to Hey Mom!, Sherman is also member of the Good Folk Collective, the Greek folk duo The Plaka Band. She has recorded and released six albums with the three groups.

About Kathy Sherman
Kathy Sherman started her professional music career at age 15, playing Greek music in clubs, restaurants, festivals , and concerts. She put down her bouzouki, the mandolin-like instrument central to modern Greek music, long enough to earn a BMus in classical guitar performance from the San Francisco Conservatory of Music. She was a member of the Electric Guitar Quartet, a classical / comedy group that opened for such guitar luminaries as Leo Kottke, Jorma Kaukonen, John Hartford, The Great Guitars (Barney Kessel, Charlie Byrd, and Herb Ellis) and Free Flight.

Kathy’s current music experiences include Greek folk music with long-time friend and fellow musician, Notis Contoplianos in their group, The Plaka Band. Notis and Kathy have two extraordinary CDs, New Songs of Old Athens (selected for Grammy consideration for best World Music Album), and A Time to Sing, A Time to Dance, a rollicking collection of favorite Greek dance music. For more information about The Plaka Band, please check out their website, ThePlakaBand.com. Kathy also plays classical mandolin for orchestras who have the occasional need for one.

The Monterey Museum of Art (MMA) is pleased to present The 2018 Weston Scholarship Exhibition, May 10 – July 8, 2018 at MMA Pacific Street, 559 Pacific Street, Monterey. 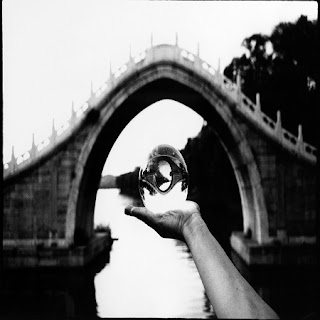 The Weston Scholarship keeps the traditional process of black and white fine art photography alive in the tradition of Edward Weston and Ansel Adams. The Museum connects our community to this legacy by showcasing the next generation of Monterey County photographers. The Weston Scholarship was established in 2004 by Gina and Kim Weston to support high school and college students studying fine art photography in Monterey County, and is specifically focused on students practicing analogue black and white photography. Both Gina and Kim wish to foster photographic education as a way of nurturing a medium they love. They offer students, artists, educators and the community the opportunity to experience the richness of photography through scholarships, mentorships, exhibitions, workshops, publications, lectures, video and artists in residence.

The Monterey Museum of Art (MMA) maintains a distinguished collection of California Central Coast photography. MMA connects our community to this photographic legacy by showcasing the next generation of Monterey County photographers.