International Sportsmen’s Expositions (ISE) is pleased to announce a major expansion to its 13-year-old Arizona consumer show, held at the University of Phoenix Stadium in Glendale, site of the 2015 Super Bowl.

Vancouver, WA, November 24, 2013 – International Sportsmen’s Expositions (ISE) is pleased to announce a major expansion to its 13-year-old Arizona consumer show, held at the University of Phoenix Stadium in Glendale, site of the 2015 Super Bowl. The 2014 ISE event, February 20-23, will feature large indoor displays of sportfishing and pleasure boats, with related marine products and services. 250 exhibiting companies from throughout North America will fill more than 160,000 sq. ft. of stadium space.

“Valley boat dealers want to present their 2014 product lines of powerboats, fishing boats, skiing and recreational boats, and personal watercraft early in the new year, in one convenient venue,” said Brent Layng, ISE new-business manager. Recreational boat sales in Arizona are an $80 million annual business and have increased in recent years, according to the National Marine Manufacturers Association.

“The four-day ISE is Arizona’s largest selling event all year for fishing and outdoor products, services and destinations, attracting sportsmen and outdoor enthusiasts from throughout the valley and region,” Layng noted.

As of November 1, confirmed boat and accessory exhibitors at the ISE and Arizona Boat Show included:

* Expanded ISE ad campaign to include boating commercials on TV, radio and billboards

Established in 1975, International Sportsmen’s Expositions owns and operates four events, in Arizona, California, Colorado and Utah. Each ISE ranges in size from 250 to more than 600 exhibiting companies and attracts 18,000 to nearly 40,000 paid attendees during a four-day run.


I thought about raising the stakes, and mulled it over, "Could someone write One Song Every Day?" It just seems to be an absolutely zany thought, and it seems to be such a monumental task. 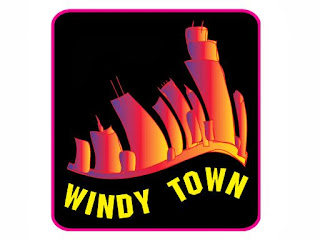 Bartlett, IL, November 26, 2013 -- Michael Droste, released an album called "Greatest Hits from One Song Every Day Project." “I started to learn about music through the trumpet and still play today. I went to DePaul University on a trumpet scholarship, and then got interested digital recording with computers, synthesizers and MIDI. Technology has come a long way from the old 4 track cassette recorders with out board effects, - to all digital recordings and digital processing done completely in the computer.)” said Droste. He stated, “Could one write 365 songs? - all holidays, every day? - no matter if your sick, no vacations, no time off? - a task to complete every day for one year?” “Currently, I'm in the process of taking my favorite songs and remastering them with today’s technology. I wished I had the time each day to 'fix' the song and make them the way I hear them now… , " said Droste.