With his exhilarating and charming presence, country artist Cody Webb is preparing to showcase to the world his highly anticipated, self-titled EP.

Nashville, TN, July 17, 2016 - With his exhilarating and charming presence, country artist Cody Webb is preparing to showcase to the world his highly anticipated, self-titled EP. The singer- songwriter and guitarist is set to release his six-song collection on July 22, 2016. 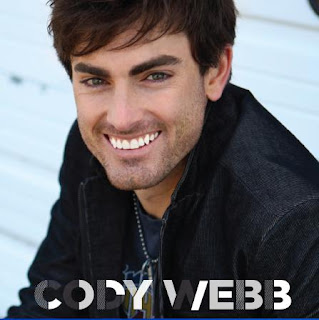 Represented by RPM Management, Cody Webb is a newcomer to the country scene but has already acquired a large fan base across the country. In two years, Cody Webb has played over two hundred shows and has shared the stage with the likes of Cole Swindle, Frankie Ballard, and Old Dominion. Cody has also performed in notable venues such as Wild Bills (Atlanta, GA), Moonshine Flats (San Diego, CA), the Tin Roof in Nashville, Miami, Indianapolis, Cincinnati and more. If he is not on the road or creating music of his own, Webb is writing full time for ECK Publishing (a division of Monument Entertainment, LLC).

In support of his upcoming release, Cody continues to tour and showcase his songwriting talents as well as his electrifying performances. Cody recently performed at Nashville’s CMA Fest and has already made his way back to Stoney’s Rockin Country in Las Vegas. “Cody has a great stage presence! He really captivated the audience and kept them entertained,” says Chris Lowden (owner, Stoney’s Rockin Country). Webb is represented, for concert bookings, by renowned country music agent Bob Kinkead of The Kinkead Entertainment Group.

The self- titled EP reveals something distinctive yet undeniable about his infectious guitar melodies and singer- songwriter talents. His music fits uniquely into today’s country landscape. With his purring vocals, Cody charms listeners with his romantic storytelling. However you can still feel the honesty and passion that Cody pours into his songwriting. At the heart of the album, you hear Cody’s down-to-earth lyrics that are laced with delightful melodies, which showcase the diversity and depth to the artist’s work.

The six- song release includes Cody’s lead track, “More Than a Little”. The debut single was highly praised by media and was noted by Middle Tennessee Music that it is “more than a little too good to not be spinning on a radio station near you.” Band Blurb said, “The Webb sound and personality just gives the music credible bulk and authenticity.” Vents Magazine commended, “I was blown away by what Cody Webb has to offer”.

For Booking: The Kinkead Entertainment Agency,Bkinkead@kinkeadentertainment.com, 615-499-5115

For more information on Cody Webb please visit his website at http://www.codywebbcountry.com.

Birmingham, AL, July 15, 2016 – ProctorU is pleased to announce partnerships with the Arizona State University (ASU), the University of Virginia (UVA) and the Florida Virtual School (FVS). In collaboration with ProctorU, each institution is able to embrace the use of technology to offer their students flexible options in test-taking. 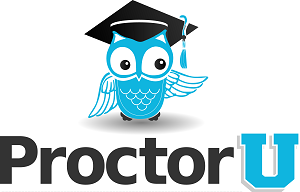 UVA, a nationally recognized institution, has over 21,000 students and is located in Charlottesville, Va. ASU, recently ranked #1 by U.S. News & World Report on its "Most Innovative Schools" list, has five campuses across the Phoenix metropolitan area and has over 69,000 students. FVS is the largest and most successful state virtual school in the nation. It offers both full-time and part-time virtual options for Florida students, as well as virtual solutions for students in other states and nations.

Since it was established in 2008, ProctorU has worked with more than 800 colleges and universities around the world and has administered over 2 million exams for test-takers in 129 countries. Their unique approach to proctoring enhances the online testing experience while ensuring the academic integrity of an institution and that of its students.

About ProctorU
ProctorU helps protect the academic integrity of online programs around the world. With an evolving online education environment, institutions are faced with the challenge of maintaining quality, rigorous standards and a consistent experience in online courses and assessments. ProctorU’s digital solutions, including student identity management and exam management, are designed to address the most common challenges to the academic integrity of online programs. Trusted by over 800 institutions and serving students in countries all around the world, ProctorU works to meet institutional and student needs while enhancing the online education experience. The company has four offices in the United States, as well as an international support center in the Philippines, and employs more than 600 people. For more information about ProctorU visit www.proctoru.com or follow them on Twitter or Facebook.

http://www.proctoru.com
Posted by Straight Line Public Relations at 5:53 AM No comments: Links to this post